Fasicka and Patrick Hicks didn’t set out to create a new kind of barbecue.

But that’s precisely what they did with their Arlington restaurant, Smoke ‘N Ash BBQ.

The restaurant, which opened in 2018, has three separate menus: traditional Texas barbecue, traditional Ethiopian, and what they call Ethiopian-Tex.

The Hicks credit customers for giving them the idea to mix up their kitchens. Initially, the restaurant opened with just a traditional Texas barbecue: spare ribs, brisket, pulled pork, fried catfish – the kinds of foods that Patrick, a native Texan, grew up eating and cooking with his family.

About a year later, the couple added a separate Ethiopian menu. Fasicka, who moved to the United States from Ethiopia in 1996, grew up cooking dishes like doro wat, a chicken stew, and shiro, a chickpea stew, with her mother.

Eventually, customers ordered from both menus on the same tray, and the Hicks decided to create a Texan-Ethiopian menu.

Smoked meats like brisket, wings, and pork ribs are cooked with berbere – a common Ethiopian spice mix with a mix of red chili peppers, fenugreek, ginger, cinnamon, and more. Fasicka’s sister in Ethiopia makes the mix and sends it to Arlington.

Sambusas, an African-style fried pastry, are filled with a selection of smoked breast, smoked chicken, or lentils.

For dessert, there is a Texas sheet cake with berber-flavored walnuts.

The Hicks said they have realized that the two foods have more in common than they initially thought.

“At the barbecue, you put everything on a big tray and eat with your hands,” Patrick said. “Ethiopian food is the same. In a way they go hand in hand. “ 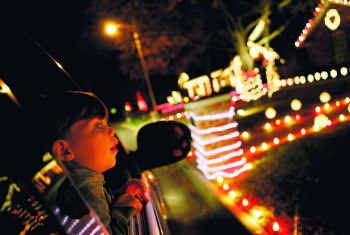