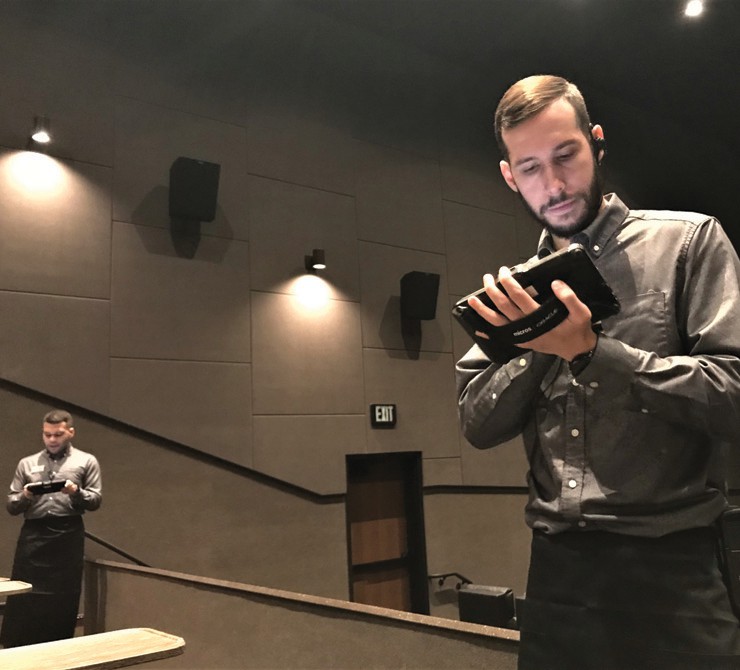 Waiters take food and drink orders in the cinemas of the CMX CineBistro, which opened last fall at the Coastland Center shopping mall in Naples. TIM ATEN / FLORIDA WEEKLY

Happy New Year! Enjoy this second column chronicling the new local eating places that launched in 2021. Expect many more new restaurants in 2022, especially during the first three months of the new year.

In addition to the opening of Del Mar and Crème de la Crème in the city of Naples in December, other new restaurants offer something a little different for the dining options in the area. At least three more within city limits created an opening buzz in 2021.

CMX CinéBistro, an elevated movie and dinner experience, launched Oct. 1 at Coastland Center, bringing more than a movie theater back to the Naples Mall. Its corporate owners refer to it as a restaurant with a movie theater. In addition to a full bar and lounge, the new destination offers a reason to return to the mall.

The relaunch of La Colmar Bakery & Bistro is the comeback story of the year. After an extended hiatus, Ana and Yannick Brendel returned to business last fall with their authentic baked goods recipes and more at their original location across from Wynn’s Market on US 41.

The Vine Room quietly debuted Thanksgiving week on Fifth Avenue South in Naples. Its menu of small plates offers an international stroll with an exclusive atmosphere wrapped in grape leaves.

In North Naples, November kicked off lunch and dinner at The BBQ Shop, a collaboration between Industry Beer & Barbecue chef Chris Jones and Pit Commander Stephan Nedwetzky. The Pit Commander heated things up with their Texas-style tailgate parties on Saturday mornings at the one-stop shop on Collier Center Way.

Lee County also featured some interesting finds in 2021. While not exactly a restaurant, the new Top golf brought its long-awaited golf destination south of Fort Myers in mid-November. The place offers a complete hospitality package for a day or night outing with food and drink.

Earlier this year, T42 launched its VIP location with small plates and a wine club in the former TGI Friday’s space at the north end of Coconut Point in Estero. Oxbow Bar & Grill introduced a unique oceanfront companion in March at the Luminary Hotel in downtown Fort Myers. 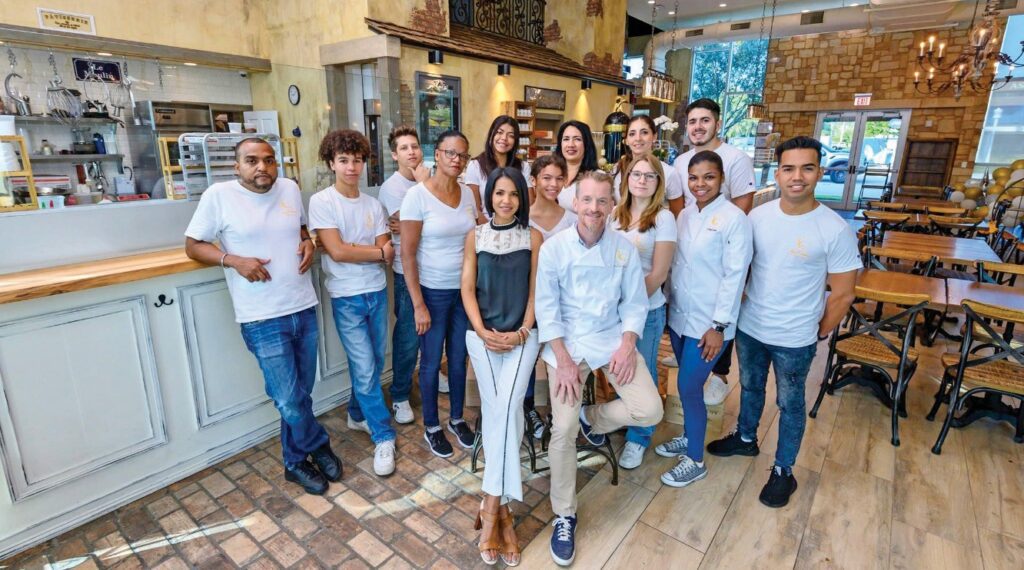 In a year-end bonus, The Basque Vin & Pintxo Bar enjoyed a soft Christmas opening at Prado in Bonita Springs. Expect Basque cuisine from Northern Spain and Southern France from the owners of Bodega Ole in Old Naples. The Basque opened in the former Le Troquet space adjacent to the Prado Stadium 12 cinema at 25245 Chamber of Commerce Drive, off US 41.

If the number of spills last year from local drink bars is any indication, Southwest Florida was thirsty, in a good way. Bonita Springs in particular was a thirst quencher magnet.

Old 41 Road especially stood out with places like Chartreuse, an artisanal dessert and cocktail lounge that opened in June. The yellow-green chartreuse that accentuates the bar’s decor and drinks helps create a chic, retro vibe. 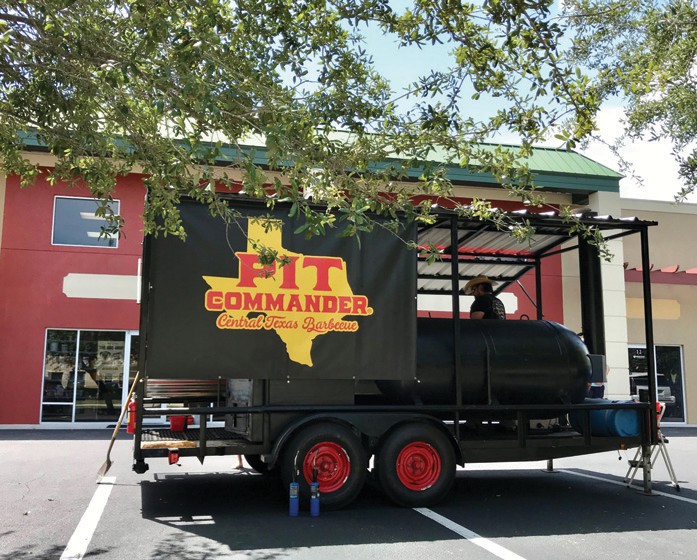 A short drive south, Ceremony Brewing fermented a dream for owner Zach Smith, a Collier County homebrewer and former school teacher. Smith’s goal was to create a place that everyone, not just beer lovers, could enjoy and enjoy. So Ceremony also serves a variety of wines, canned cocktails, soft drinks, ciders, mead, and hard kombuchas. Its pleasant atmosphere and low ceilings give it the comfortable feel of a basement retreat, in a good way.

At the north end of Old 41, as it curves west to US 41, Hopsized Brewing Co. takes its A-game to the south end of the new Bernwood Trade Center. The modern brewhouse broadens the area’s appreciation for craft beers in a clean, neighborhood-frequented setting. 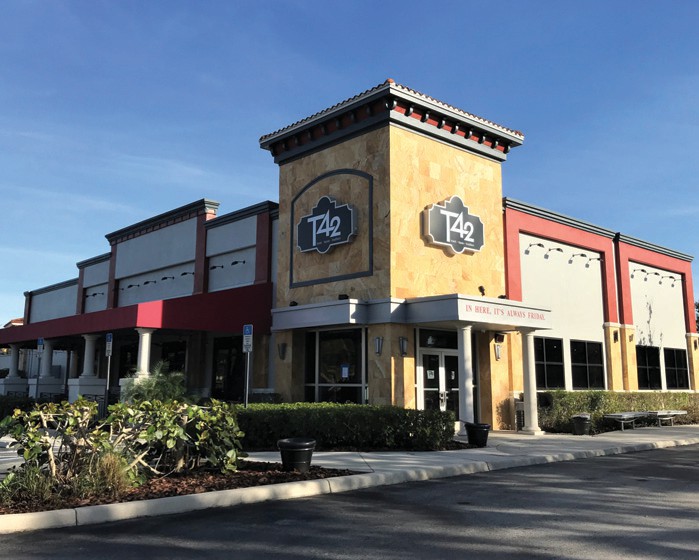 In early 2021, T42 launched its small plate restaurant and wine club on the outskirts of Coconut Point in Estero. TIM ATEN / FLORIDA WEEKLY

Look out for all these new Bonita venues to expand your offerings this year with one-of-a-kind spins, happy hours, and special events.

Narrative Coffee Roasters took coffee shops to a new level in July when they launched an impressive brick and mortar second place on Central Avenue in Naples. South Avenue Bar opened in April to complement the adjacent L’Olivo Ristorante on Fifth Avenue South in downtown Naples. 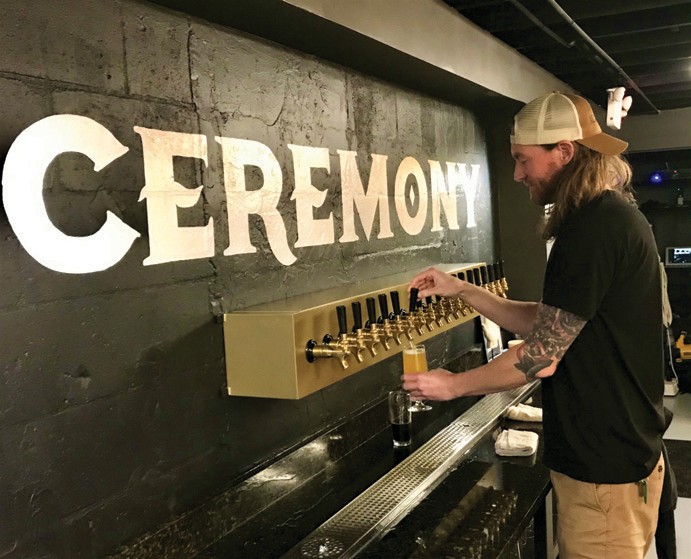 New bars with decidedly different entertainment include the Stogie Pairing Cigar Lounge, which opened last spring in the Bell Tower in south Fort Myers; and the Ax Lodge, which opened in August at the Galleria Shoppes at Vanderbilt in North Naples.

Ran out of room to squeeze it all in and go back to updating new places to eat in the previous year. Next week, we’ll continue to enjoy area restaurants that launched in 2021 with a look at other highlights, franchises, food trucks, and odds and ends. 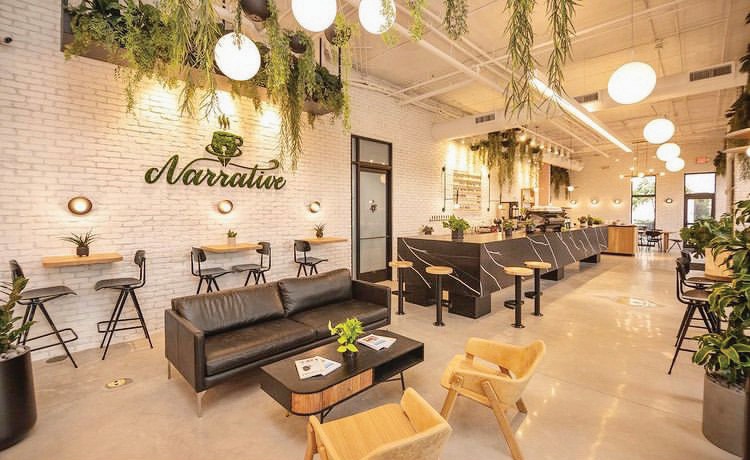